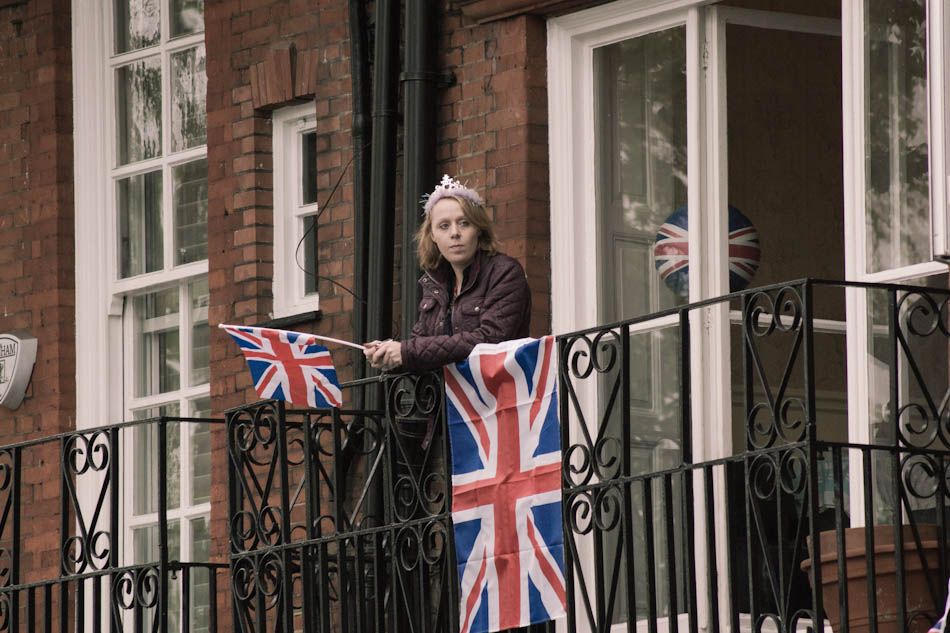 Grim huh? If there is one thing that you really don’t want to see when you are planning to spend your day on the banks of the river Thames, It’s a rainy forecast. On an English bank holiday weekend when you least want it, of course we get it.

I had a royal visit of my own to contend with this weekend. Mother was popping up to town and together we were going to wander around, she would wave at HRH Liz, while I point my camera at the extravagant and colourful people lining the streets and banks around Battersea and Chelsea.

I should point out that our original plan was to place ourselves in Battersea park, sadly that idea fell into the water when I found out on Friday that they were shutting the park and charging for access. According to getmein.com tickets were selling for £100 each! We rather grumpily gave that a miss.

I was, however,  quite intrigued about what was going on in the park to justify such expense, so saturday morning I took a walk round the park and watched them all setting up. They had a couple of stages being set up as well as a fun fair; oh and lots and lots of [expensive] food and beer tents. There wasn’t much to see in terms of photo opportunities so I took a walk around the sub tropical gardens and shot a few flowers.  Hardcore eh!?

Parents arrived pretty early sunday morning, after a surprisingly easy and quick drive into London. so we settled into “Bridge the gap” café for a spot of breakfast. It was while stuffing my face that we started to get an idea of the scale of the pageant that was about to happen, every 10 minutes or so God knows how many 100s of people were piling out of the training station, it was odd seeing so many people on my doorstep.

Despite being out and about nearly 3 hours before the boats were due to pass by, the river bank was absolutely heaving, we walked all the way from Albert bridge to Pimlico park and back again, at every step of the way the roads were packed with people and the view of the river was 5 or 6 deep. There was no chance of us getting any kind of view.

Having been out nearly 3 hours by this point we opted to wander back to my apartment where we could enjoy tea and biscuits while watching the proceedings on the TV.  luckily our timing was perfect, within 10 minutes of getting home, the heavens opened and nation rejoiced in another English display of mass rat drowning.

There are a load more photos available on my Flickr PhotoStream.