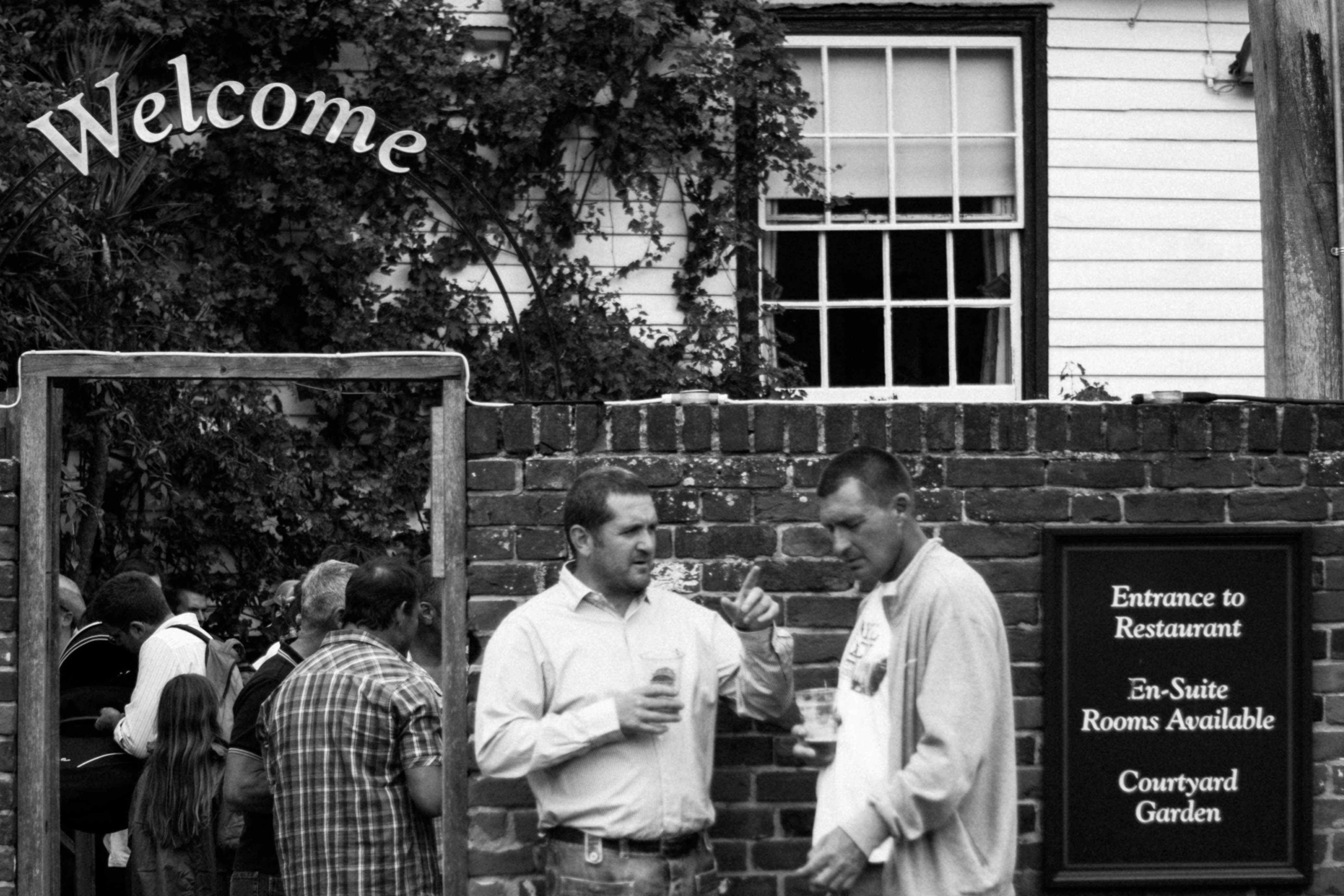 With the last of the summer bank holidays feeling like a long-lost subtext to an otherwise non-existent warm season; the Faversham Hop festival signifies one last opportunity to see off summer. A welcoming to the light, colour, and flu germs that epitomise autumn in the UK.

It’s been a few years since last venturing into ‘Chaversham’, so jumping off the train we looked forward to an afternoons stroll with beer in hand. I figured it would be busy, but had no clue of the maelström that had become of the weekend event, fondly reminisced as ‘a bit twee’.

[singlepic id=12 w=320 h=240 float=left]Armed with just my A65 and most recent purchase, a 50mm/1.8f lens; my intention was to spend the day in the streets capturing the mood and diversity of life around a small metropolis during the highlight of its year. We were in for a shock.

The level of overcrowding in the town made it almost impossible to move, while taking photos was a hearty challenge, to say the least. I was part of an elephantine group of ‘Whitstable folk’, including families and buggies. I wanted to bemoan my lack of a wider lens, but my friends had bigger challenges; keeping track of excited children and beer hungry spouses made my problems seem rather insignificant.

I found a suitable corner in Preston Street and spent an hour or so snapping passers-by, if I am honest, the results could have been a lot better. In the end the camera got put away and I decided to join in with the rest of Faversham, indulging in too much of the local brew (Shepherd Neame’s excellent Masterbrew) and enjoying the enormous variety of great local bands.

[singlepic id=16 w=320 h=240 float=right]Special mention needs to be made to my mate Chris and his band Kit Curtis, they played on the stage at the ‘Swan and Harlequin’ – First time I have seen the new line up and have to say they kicked arse!

Hullabaloo were exactly what we always expect, drawing a sizeable crowd, who joined in during the customary finale of Jungle books, “I wanna be like you”. We Finished off the evening to Kelly’s Heroes at the ‘Chimney Boy’. I know I was there, I wish I could remember more than that…

Despite the adventure, the fun and the slight headache in the morning, I did manage to learn a little bit of photography stuff along the way.

Best of the rest