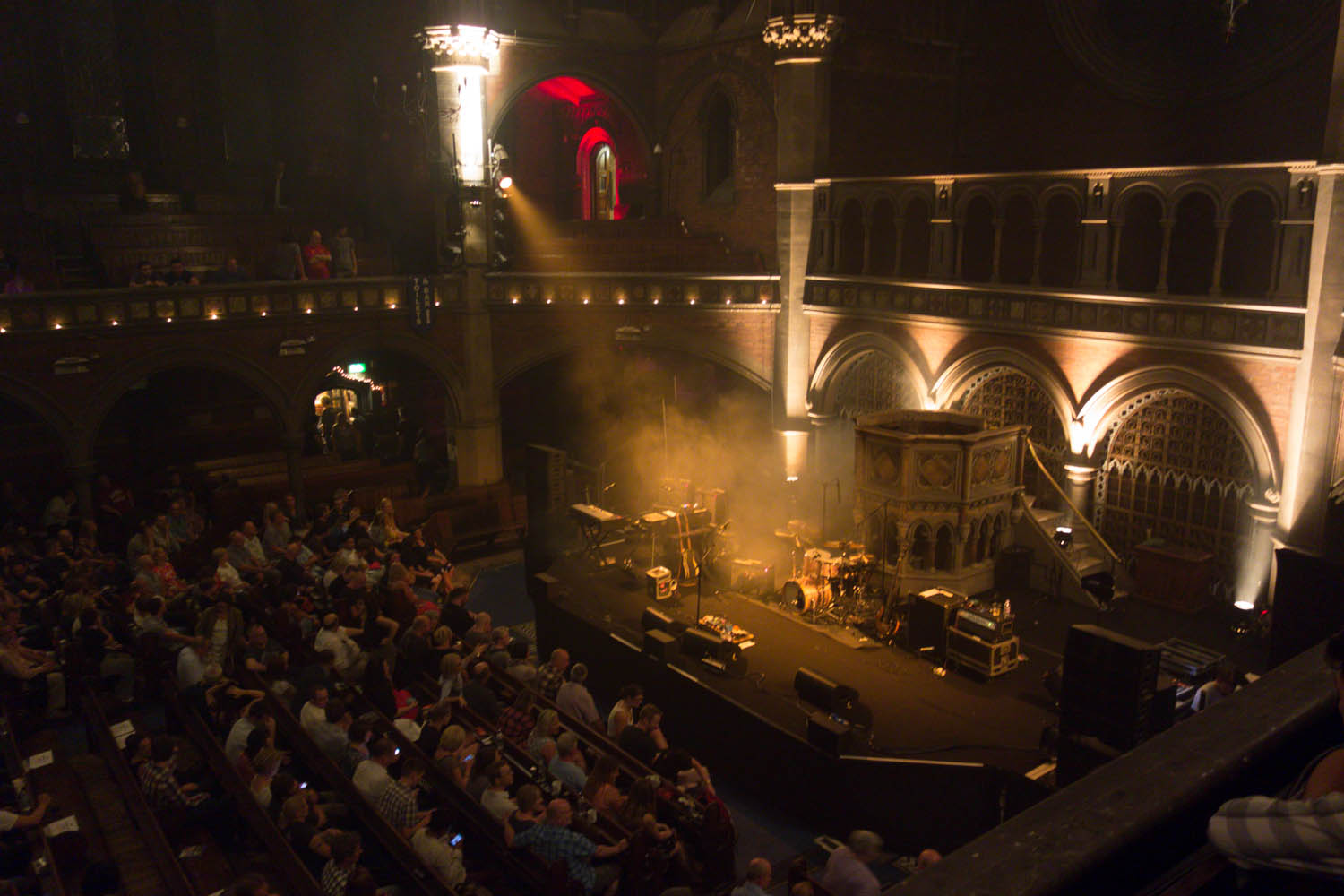 Thursday 5th September: The Dawes playing at the Union Chapel in London.

So a few days ago a random text message arrives from one of my Buddies, explaining that he has a spare ticket to go see the Dawes in a few days time, did I fancy it?

They are not a band that I know much about, but I am not one to turn down the chance to see a bit of live music. Especially considering this year has been a very lean year for me and gigs. Now I have heard a lot about the Union Chapel over the years. Beautiful place, wonderful views, terrible sound if you are a noisy electric band.

About 20 minutes into the gig the power went out on the stage. The band was left stranded, no Mics, no guitars, one very noisy drum kit. Approximately 10 minutes of confusion ensued. Eventually someone found an acoustic guitar and 3 of the 4 band members came back on stage.

What followed; sat on the edge of the stage, singing and strumming their way through what will I hope be remembered as one of the best ad-hoc performances of their lives. Helped enormously by the acoustic nature of the chapel, they had a lovely little sing-song and greeted with the applause it deserved.

The stage hands busily ferreted around in the background and eventually fixed the problem that killed the power. Sadly the lights on the band during the acoustic set were so low, it was not possible to get any photos. Plenty of people much closer than us did, so there is bound to be loads on youtube, for those interested.

I did take a couple of snaps during the performance. As is now tradition in this journal, the photos are below.  Consider them your reward for reading. J

Dawes gig at the Union Chapel in London